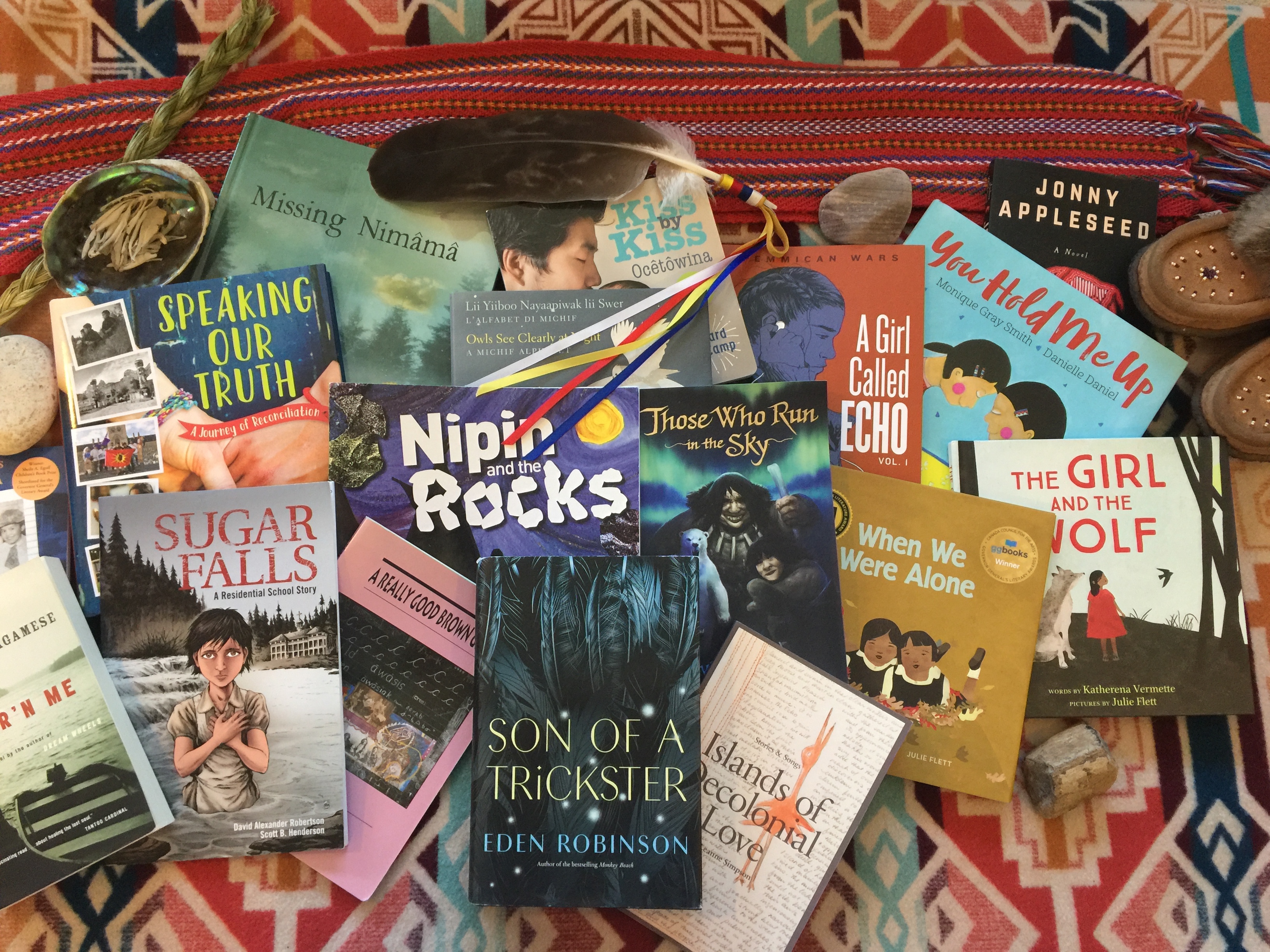 Join us on Tuesday, March 22 at 7:00pm for a workshop and discussion about the Books to Build On: Indigneous Literatures for Learning from the project team.

Initiated by Drs. Aubrey Hanson and Erin Spring, Books to Build On has as its goal to help teachers build foundational knowledge and competencies to integrate Indigenous knowledges and perspectives into their teaching. It does so through a database that provides information and lesson plans on more than 250 books, poems, songs, collections, and websites by Indigenous creator from the Treaty 7 territory and across North America. In this talk, the Books to Build on team will walk us through the resource, and the process of its creation.

Dr. Aubrey Jean Hanson (she/her/hers) is a member of the Métis Nation of Alberta, Region 3 and an Associate Professor in Education at the University of Calgary. Her research spans Indigenous literary studies, curriculum studies, and Indigenous education. Dr. Erin Spring (she/her/hers) is a scholar and educator of British descent now living and working with/in Treaty 7. She grew up on Haudenosaunee and Anishinaabe Territories and lived in many different places before moving to Moh’kins’tsis (the Blackfoot name for Calgary. Aubrey and Erin are co-leads on the Books to Build On project. Together they have led the team through reviewing the B.Ed curriculum, gathering Indigenous texts, building the online resource, and sharing teaching and learning possibilities with diverse community partners.

Anja Dressler Araujo (she/her/hers) is a Settler who was born in Manitoba, grew up on Vancouver Island and has resided in Calgary ever since. Her ancestors immigrated from Europe. Anja acted as the Content Manager and later the Digital Content Development Coordinator. First, she worked on the mapping out the existing Werklund curriculum and interviewing faculty. She then searched for Indigenous literature to include in the database. Finally, she coordinated new teacher graduates from the Werklund School of Education in developing resources and lesson plans using the Indigenous literatures. Anja is currently a grade 4/5 teacher in a German bilingual program in Calgary.

Maureen Plante (she/her/hers) is an Iroquois Cree/Métis woman who was born and raised in north of Edmonton. She is currently a second year MSc. student in counselling psychology at the University of Calgary. Her research interests are focused on Indigenous mental health, decolonization, Indigenous pedagogy, and anti-racism in the classroom. Maureen completed her B.A. (honours) in psychology at MacEwan University in Edmonton. She is a Research Assistant on the Books to Build On project where she helps expand the project to add knowledge, and resources as well as editing existing information in the website. She enjoys going to the gym, hiking, and walking her with her dog, Daisy.

Jadyn Fischer-McNab (she/her/hers) is a Cree woman who was born and raised in Calgary and belongs to George Gordon's First Nation in Saskatchewan. Jadyn began with the project by creating lesson plans for various Indigenous literature to be included in the database. Now, Jadyn is helping expand the project by working with her other team members to add knowledge, and resources as well as editing existing information in the website. Jadyn is a University of Calgary graduate with a Bachelors Degree in Kinesiology as well as a Bachelor of Education degree with a specialization in Physical Education. She teaches grade nine humanities and physical education in Calgary.

Rachel Stubbs is an English PhD student at the University of Calgary and is of Saulteaux/Swiss/English descent. Rachel received her undergraduate degree in English and History at MacEwan University in Edmonton and her Master’s degree in English at the University of British Columbia Okanagan. Rachel is a new Research Assistant with Books to Build On Project, in which she sources and categorizes new materials. This project coincides well with her own research, which focuses on depictions of Indigenous girlhood in literatures of Western Canada written by women from 1890-1939. Rachel enjoys spending her down time hiking, fishing, camping, and hunting with her two dogs, Widgeon and Cricket.